What do demand response and ninjas have in common?

Ninjas are ancient Japan’s warrior-assassins who relied on stealth and invisibility to accomplish their dangerous missions. Their work was done in the shadows, carefully hidden from the eyes of others. Likewise, your facility’s demand response curtailment strategy needs to work just as efficiently and invisibly as a ninja – carefully hidden, so that production or customer satisfaction remains unimpeded. Like an elephant who charges toward his target, there are those who believe that when responding to a curtailment event, one must charge forward, shutting everything down at a moment’s notice. This simply isn’t true. Instead, one can be more like a ninja, using very small and carefully calculated steps.

What’s in the curtailment ninja’s toolkit?

A good ninja always gathers plenty of intelligence before setting out on his mission. Using the information gathered as part of an initial assessment, Alternative Utility Services (AUS) works with you to develop a curtailment strategy that’s tailored specifically to your facility; one that involves a unique combination of tools and strategies such as pre-cooling, slowing down variable frequency drives, and/or tweaks to operations, that when used in combination, are practically unnoticeable (just like a ninja.) Here are a few examples:

Ninjas know that every target has its own challenges. When it comes to demand response, we know that there’s no such thing as a one-size-fits-all strategy. And we know that day-to-day operations don’t have to stop. Even if you might not be able to rely on common curtailment strategies such as; using back-up generation, completely shutting down equipment, or sending entire shifts home early, your facility can still become a virtual power plant and income generator with demand response. And in some cases, making money even when not called upon to curtail! 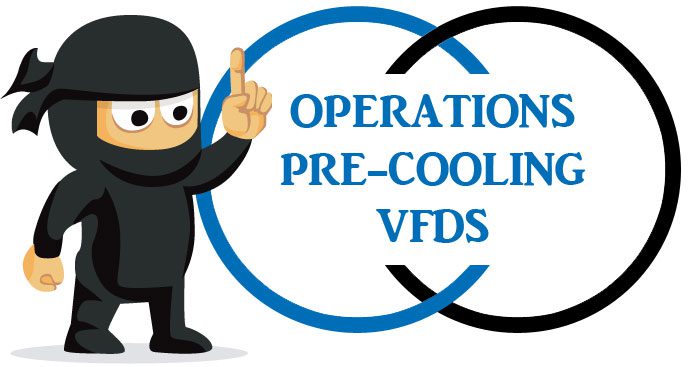